The real test of any product is what happens when the rubber meets the road. In this post, we’ll look at a practical example of SAP Cloud ALM.

Many SAP partners both lead the front in tool adoption and go a step further by creating enhancements on top of it using our published APIs. They also help to shape the product by providing early feedback. We are thankful to RBEI for sharing the following story from their customer projects.

RBEI is a 100 percent owned subsidiary of Robert Bosch GmbH. It is one of the world’s leading global suppliers of technology and services, offering end-to-end engineering, IT, and business solutions. Syed Yousuff, Practice Head, Cloud and IT Infrastructure Platform at RBEI, provided insight on how RBEI took advantage of the SAP Cloud ALM.

One of RBEI’s major customers wanted to implement performance management, which is a part of the hire-to-retire process. They had an aggressive timeline to implement SAP SuccessFactors and to manage the complete lifecycle management. They wanted well-documented business processes to ensure a smooth transition from the implementation team to the support team.

As part of the SAP Early Adopter Care program, RBEI was amongst the first partners to adopt SAP Cloud ALM. Right from the initial interaction and exploration phase, they were confident in the benefits SAP Cloud ALM that would bring to implementation and operation activities and used it successfully to accelerate the implementation projects for their clients. When they proposed this solution to the customer and explained that it covers the entire product lifecycle, they did not face resistance, as the customer also wanted to reduce the tool clutter.

They started with installing SAP Cloud ALM, which was done in 15 minutes with a click of button. All the initial requirements were mapped into the system. They collected more than 200 requirements and created and managed more than 400 tasks. Later operational activities like end-to-end process monitoring and integration and exception monitoring were also done successfully using SAP Cloud ALM. 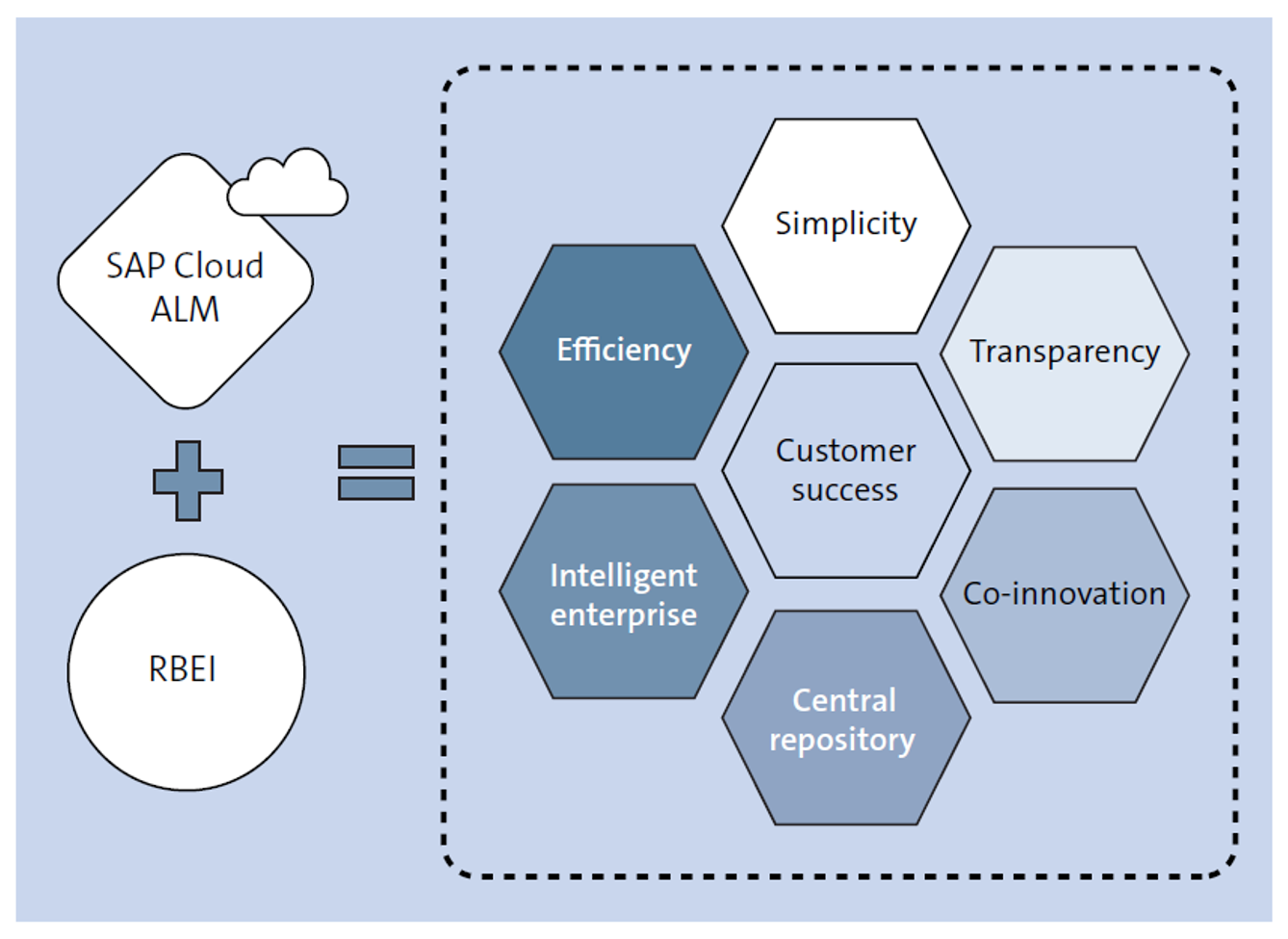 RBEI had a positive experience with this implementation and shared some of the benefits in the following list:

RBEI found the UI and reports simple to consume. SAP Cloud ALM helped in highlighting the granularities like using different workstreams or tasks or at which stage they were currently in. They could consume intelligent enterprise scenarios and SAP Best Practices content, visualize processes, and manage the scope in fit-to-standard workshops. Before SAP Cloud ALM, they would give different status reports, reports every two weeks, and presentations to the customers during implementation projects, which was a tedious process for both them and their customers. Real-time status and transparency of the current state of project to all the stake holders in SAP Cloud ALM tool helped them save time and effort.

With the help of SAP Cloud ALM, they were able to reduce efforts up to 20% right in the initial preparation phase. They could also successfully shrink the timeline by avoiding redundant Excel sheets and templates.

They used the centralized digital repositories for processes, requirements, and tasks and used the standard processes available as best practices, avoiding the complications of recreating and running the processes for the customers. They mapped them successfully to the customer’s requirements and created and managed tasks.

The success of a project also depends on efficient collaboration and planning. RBEI has extended SAP Cloud ALM via SAP APIs. They enabled the seamless integration of SAP Cloud ALM with Microsoft Teams, which simplifies usage and results in higher adoption.

While working on a project, the number of emails triggered by all the project’s actions can be overwhelming. To save time and effort, they had the idea to integrate SAP Cloud ALM with a collaboration tool like Microsoft Teams.

Syed said, “We really fell in love with how adaptable the API is, and how amazing the documents are maintained and structured.” The project included the following components:

RBEI was an early adopter of the tool and collaborated closely with the SAP Cloud ALM team. They truly experienced co-innovation, which was instrumental in further development. The business challenges were addressed and new solutions were invented together. This helped in delivering an immersive experience that drove the development of a co-innovation roadmap for future customers’ business implementation goals. They explicitly requested features like the Gantt chart and multiple teams in the same project; these innovations were delivered by the SAP Cloud ALM team within a short time span. 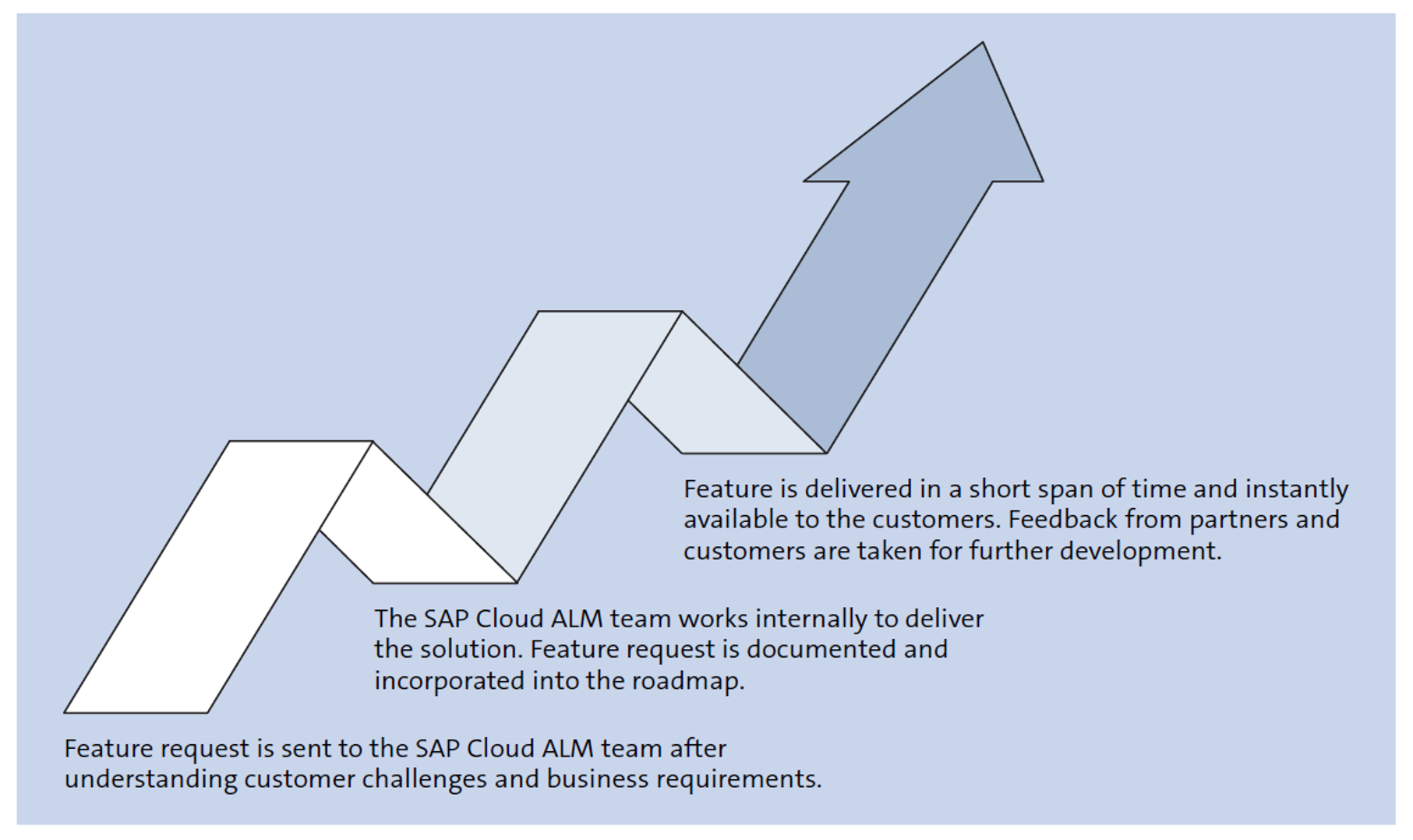 Editor’s note: This post has been adapted from a section of the e-book Introducing SAP Cloud ALM for Implementations by Jagmohan Singh Chawla, Wulff-Heinrich Knapp, and Nicolas Alech. 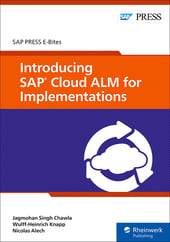 Curious about how application lifecycle management can help you transition to the cloud? Discover the tools and capabilities SAP Cloud ALM offers for your cloud implementations. Walk through a detailed implementation project, from defining the scope to managing requirements and delivering the solution. Get implementation advice from real-world customer stories, and then get started with SAP Cloud ALM in your own system!

END_OF_DOCUMENT_TOKEN_TO_BE_REPLACED

END_OF_DOCUMENT_TOKEN_TO_BE_REPLACED
Subscribe to our blog!Get notified about future blog updates.