What Is a Middle Man in the World of SAP Consulting? 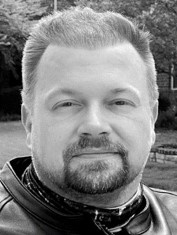 Since I became an independent SAP consultant in 2008, I’ve encountered many times what’s become known as a “middle man.”

Independent consultants provide services to companies for a limited duration because they only need you there for a short to medium length of time. So, why would a company look for a third-party middle man to intermediate contracts with these independent consultants? This post aims to clarify.

Consulting companies may hire a middle man if they are large enough. I’ve seen this happen out of desperation, i.e. after they are unable to find independent consultants on their own with the specific skillset they need. In these cases, they open a request to any middle man able to find the right fit. This is typically an exception; consulting companies usually hire the independent consultants directly and bring us in as part of the team, making no distinction of remuneration method.

What is a Middle Man?

The middle man I am referring to develops relationships with companies looking for specialized talent and then finds such people on LinkedIn (or other platforms) when that need arises. They then bill the customer for the independent consultant’s time and expenses and pay the independent consultant a portion of that. Their cut can be anywhere from 10% to 100%. If you’re acting as a middle man, you would typically talk to customers twice: once when you join the project and later when you leave. Any other call you might get from them would be for you to help them find more resources. Any call you make to them is to follow up on invoices that haven’t been paid yet.

The middle man relationship with a client usually happens first. The fact that the relationship is in place and the client needs human resources is a motivating factor to start such a business. Sometimes independent consultants develop this relationship during their tenure with the client. They see the opportunity to bring in other resources, and with that start their practice. It is like the headhunting business but instead of only charging a fee at the time of hire, they will accrue additional fees for the duration of the assignment.

For example, if a customer pays the middle man $200/hr for the work performed by an independent consultant, and the independent consultant’s fee is $150/hr, the middle man nets $50/hr during the course of the project and, over a 40-hour work week, will make $2,000. It is not uncommon for middle men to place five or even ten consultants per client—and have multiple clients. A mid-tier middle man can bring in $2,000,000.00 per year or more. It is a great business if you get a chance to be part of it.

The relationships middle men develop over time become very valuable, in particular to foreign consulting companies that want to grow their business domestically. Because of this, a middle man with multiple clients is likely to receive offers of acquisition by such consulting companies.

A common way to develop relationships is to do good networking with people during your time at university and/or MBA. Often, many of the people you meet in these courses will become executives of large corporations and would give you the opportunity based on the friendship. That can yield you millions of dollars in a few short years.

When to Avoid Working with Middle Men

Just like nepotism, there can also be corruption and you need to watch out for it. For example, the middle man may offer a cut to an executive, program/project manager, and/or any other company resource involved in the decision making.

It is important for you to be aware that this takes place to know what to expect. For instance, there is no point reporting resource issues to a project manager that is being paid by the middle man. They do not want to hear it and will not take action. If you report human resource issues and see no action, this may be a sign of corruption. If you can confirm this really is the case, I recommend leaving the project at your earliest convenience. It will likely run into problems. This is because the middle man is likely to place subpar resources in the project and charge a high price for them. With a lot of bad resources, you will either have to stretch yourself thin to save the day every day or let yourself be part of a failed endeavor and deal with the damage that will do to your resume and career.

Why Do Middle Men Exist in the First Place?

Now if you, like me, find yourself in the role of independent consultant you are likely, at some point, to experience feelings that a middle man is costing you a lot and offering very little in return. It is easy to give in to thinking their fee is legitimately yours and it is being taken from you in an unfair manner. What you need to know, however, is why they exist and what is their true importance.

From a client standpoint, why would they rather pay $200 to the middle man than pay $150 to an independent contractor? If you ask around you will hear several explanations. The most common are:

This rationale is legitimate, but none of it seems to really justify the expense incurred by bringing in the middle man.

There is only one reason I can think of that justify companies having to hire a middle man, and it is directly related to the a lawsuit that settled in the year 2000. In short, temporary workers had been working directly for a large software company for several years (and in some cases, decades) and sued the company for benefits, including stock options, vacation, health insurance, etc. The case stated that although a temp worker, they were doing the same type of work, and should be owed all the benefits a regular employee normally gets. The software company had to pay tens of millions of dollars to the temp workers.

So from this point forward, legal departments of many companies no longer see a difference between temp workers, contractors, part-time, and technology-independent consultants. To provide a layer of insulation from further litigation, they turned to middle men, who would assume the risk of the kinds of lawsuit settled earlier. Paying an additional fee to the middle man would be an acceptable sunk cost to ensure lawsuits wouldn’t touch the business.

Companies cannot neglect the importance of technology in their business; it’s important to keep up with competitors or risk becoming acquired by them. Implementing and enhancing technology-based solutions require utilizing the talents of specialized people for a limited period of time. Candidates for these types of positions are only qualified for this type of engagement if they move from company to company and acquire the skills/experience they need. This is a different type of company-people relationship and is not the gig economy, not temp work, and not part-time resourcing. This is independent consulting. And middle men help bring together consultants and businesses in a timely manner.

Looking to get SAP S/4HANA Sales up and running? This book has all the expert guidance you need! Start with the organizational structure and master data, including customer-vendor integration. Then follow click-by-click instructions to configure your key SD processes: pricing, sales order management, ATP and supply protection, shipping, billing, and more. Including SAP Fiori reports and KPIs, this is your all-in-one sales resource!

END_OF_DOCUMENT_TOKEN_TO_BE_REPLACED

Chris van Helfteren has been working as an order to cash (sales and distribution) ERP systems consultant since 1992. He began working with SAP products in 1997 and with SAP S/4HANA in 2016. He’s participated in 18 full lifecycle SAP implementation projects and a total of 46 different consulting assignments in industries such as automotive, high tech/consumer electronics, aerospace, life sciences/pharmaceutical, and industrial goods manufacturing with distribution organizations of various sizes. He looks forward to working with you on future assignments and continuing to contribute to your growth in this area.

What Is the Material Master in SAP?

END_OF_DOCUMENT_TOKEN_TO_BE_REPLACED

END_OF_DOCUMENT_TOKEN_TO_BE_REPLACED
Subscribe to our blog!Get notified about future blog updates.