Installing the Data Migration Server (DMIS) add-on makes certain user roles and functionalities available. Let’s take a look at how to do this.

Before you can provision your data via the SAP LT Replication Server, you must decide on the installation type that best suits your needs and your environment. The primary elements of your landscape are the source system(s) (both non-ABAP and ABAP), the SAP LT Replication Server system, and the SAP HANA target system. We’ll cover the connections between these systems later in greater detail.

The following are the basic requirements for the SAP LT Replication Server:

You can also find detailed sizing information from SAP in the Sizing Guide, but you’ll need to know your SAP Basis version.

In the first scenario, as shown in the figure below, the SAP LT Replication Server is installed directly on the SAP source system, provided the source system meets all the requirements listed earlier. When changes occur in the source system, these changes are recorded in the logging tables. The read module, which is located on the source, then transfers the data. 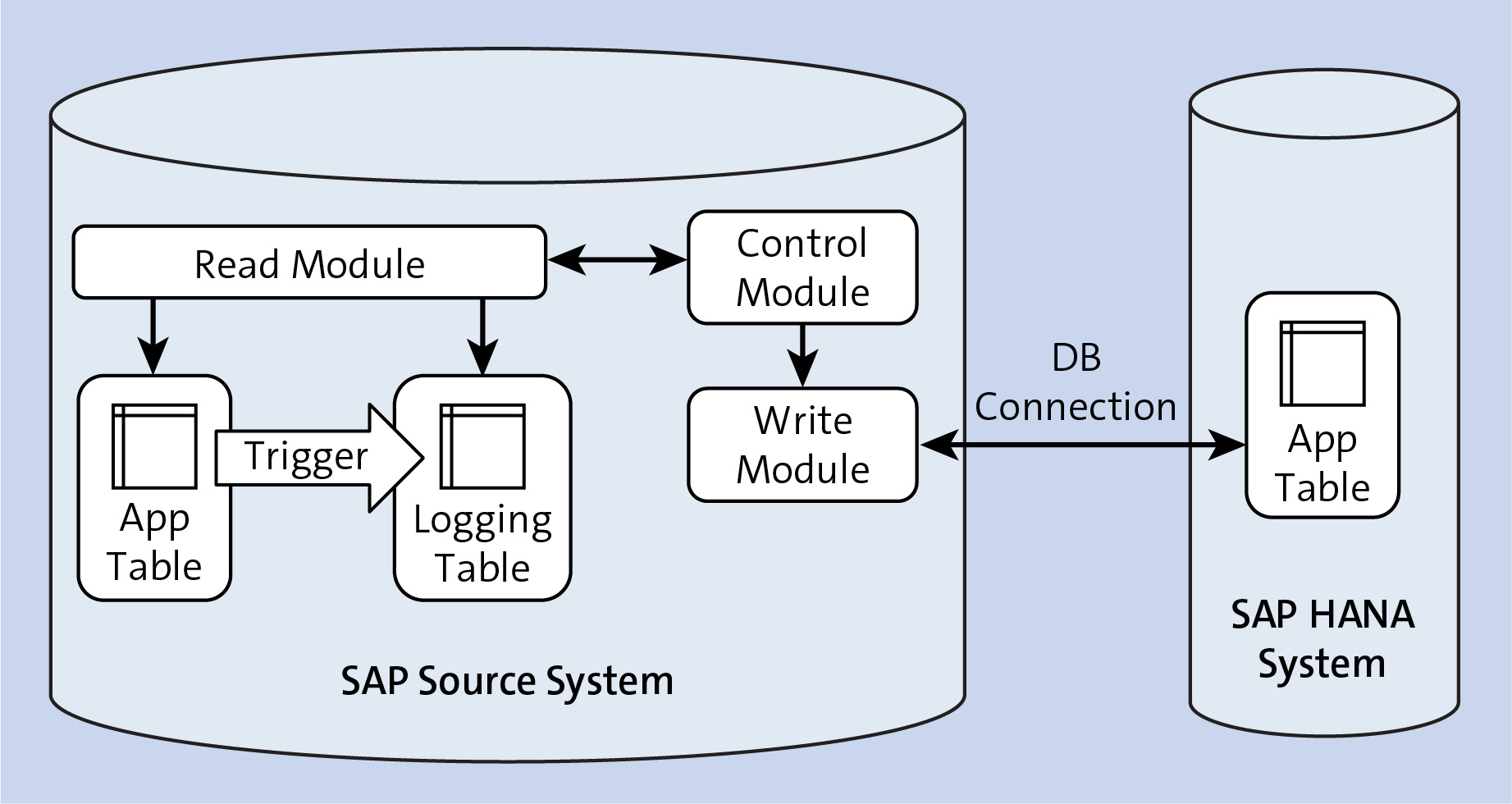 While using a source SAP system or another SAP NetWeaver system could seem like a simpler, less costly solution, the SAP LT Replication Server replicates data through background processing, so CPU load is an important factor to consider.

Another option when replicating data from an ABAP source is installing the SAP LT Replication Server on a separate server, as shown in the following figure. This separate server could be a dedicated instance or another SAP NetWeaver system. As with the previous scenario, changes are captured in logging tables and moved via the read module. This option is best if you have an ABAP source system, but that source system does not meet the prerequisites for hosting the SAP LT Replication Server.

When using a separate SAP LT Replication Server, SAP recommends ensuring that the server system and the source system are on the same Support Pack (SP) when possible to ensure that all current functionality is available. 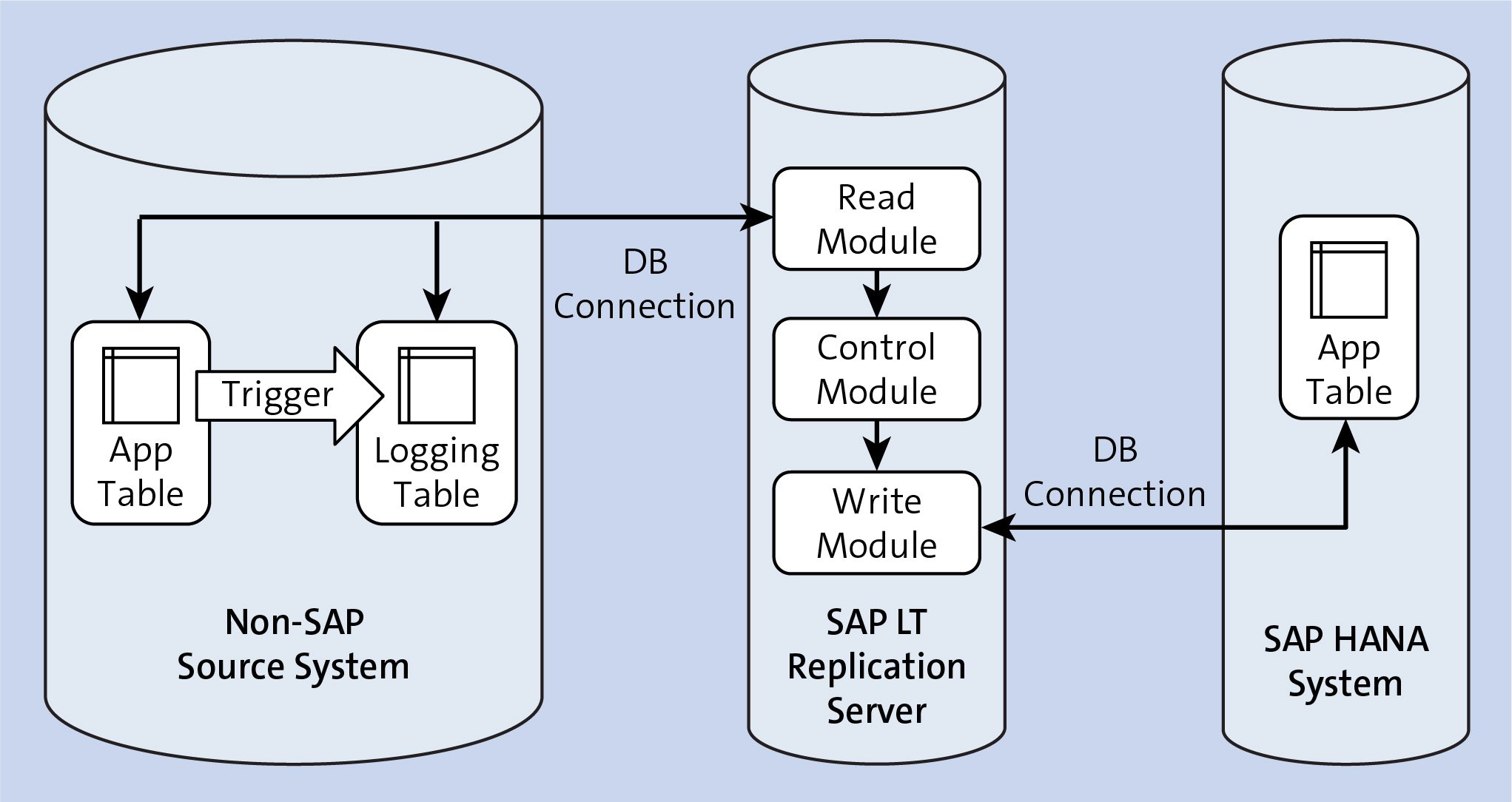 These scenarios are all viable options for installing the SAP LT Replication Server, and your decision will be based on your initial system landscape. When deciding on an installation strategy, consider the sources of your data and what your primary needs and concerns are. Learn more about SAP's data management capabilities here.

Editor’s note: This post has been adapted from a section of the book Data Provisioning for SAP HANA by Megan Cundiff, Vernon Gomes, Russell Lamb, Don Loden, and Vinay Suneja.

Before making data available in SAP HANA, you must standardize, integrate, and secure it—that’s where data provisioning comes in. In this guide, you’ll learn about each of your options, from SAP HANA-based tools like SDI and SDQ to SAP Data Services and SAP LT Replication Server. Whether you’ll be provisioning data in batches or in real-time, you’ll understand when to use each tool, its requirements, and how it works. Detailed case studies will show you how to establish a successful data provisioning practice!

END_OF_DOCUMENT_TOKEN_TO_BE_REPLACED

END_OF_DOCUMENT_TOKEN_TO_BE_REPLACED
Subscribe to our blog!Get notified about future blog updates.