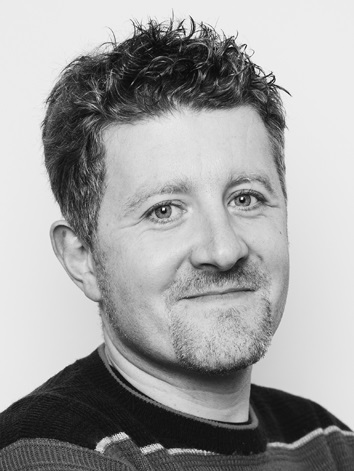 Recently, we asked you for your SAP S/4HANA project questions so that Bert Vanstechelman, author of SAP S/4HANA System Conversion Guide, could answer them. Here’s what he had to say.

A: SAP will support SAP ERP up to 2027. In addition, SAP announced that new functionality will only be made available on SAP S/4HANA. As such, many companies will choose to convert much sooner. If I’m not mistaking, SAP ERP was released back in 2005. The question you should ask yourself, do you want to be on a software which was released 15 years ago? If you want to make use of new functionalities and innovations, I think not.

Q: In terms of customer change, how can we compare SAP S/4HANA with SAP ERP and what are the major differences?

A: SAP S/4HANA is a new product; it is not a successor of SAP ERP. There are, however, many similarities between both, and most end-users will recognize and will be able to work with SAP S/4HANA without much training—especially when you continue to use SAP GUI. Using SAP S/4HANA without the SAP Fiori applications would be a missed opportunity. The advantage of the conversion is that you can do the implementation or activation of SAP Fiori in a second project and by doing so, reduce the impact for your end-user community.

Q: Between SAP S/4HANA Cloud and on-premise SAP S/4HANA, which one is the future?

In SAP S/4HANA Cloud changes are limited and new releases are pushed automatically to the customers on a quarterly basis. In the on-premise edition, the customer is in full control. He is responsible for customization, development, system management, high-availability, and disaster recovery. I do not believe that SAP S/4HANA Cloud is applicable for every customer, especially for those with a highly customized, business critical environment. As such, it is very unlikely that the on-premise edition will disappear.

Q: Is it true that SAP wants companies to use SAP S/4HANA more than the on-premise version?

A: New releases of SAP S/4HANA are deployed on the cloud on a quarterly basis. These releases are pushed automatically to all customers. New builds for SAP S/4HANA on-premise are released on a yearly basis. From this strategy, one could conclude that SAP pushes the cloud version. I’m, however, not convinced that the on-premise edition will cease to exist. The target customer is different. Those for the Cloud are those customers looking for a highly standardized solution. Customers using the on-premise edition are customers which want to be in full control.

Q: What is the advantage of performing an SAP S/4HANA brownfield implementation compared to a greenfield one?

A: The advantage of the brownfield implementation is that all is converted. After the conversion, all customizing, transactional data, and custom developments are available in SAP S/4HANA. Nothing is left behind. This is also the disadvantage of the brownfield scenario. Customizing, data, and custom developments need to be consistent with the new SAP S/4HANA standard in order for the conversion to work. This is the advantage of the greenfield is it is a new implementation. It is the opportunity to start all over again.

Q: Should I be using SAP Activate for my SAP S/4HANA conversion or is that methodology only for greenfield projects?

A: In my opinion, the SAP Activate is also applicable to the conversion scenario. Please have a look at the Roadmap Viewer for more details.

Q: How long do you expect a typical SAP S/4HANA conversion to take?

A: This depends on the delta between your current SAP ERP system and SAP S/4HANA. The only way to make an accurate estimation is to use the SAP Readiness Check or Simplification Item Check. The output of the analysis will give you the information to make an accurate estimation on timing and budget. In my experience, depending on the delta, a conversion to SAP S/4HANA takes between six months and one year.

Q: What are some unforeseen issues that we might run into when performing an SAP S/4HANA conversion?

A: Difficult to say. This depends on the status of your current system. As explained above, you must use the SAP Readiness Check and Simplification Item Check to verify the current status of the SAP ERP system against the SAP S/4HANA requirements. Most issues occur in the conversion to business partners, with data consistency issues in financials and accounting, and in the adapting of custom code. The only blocking issues I saw are in relation to unsupported add-ons or in the using of business functions which no longer exist in SAP S/4HANA. Issues such as these should be discovered by running the SAP Readiness Check. It is therefore vital to run the check in an early stage of the conversion project.

Q: How many people should be involved in the conversion project? Does adding more people to the team make the process go faster?

A: We dedicated a chapter of our book to cover the project team needed to bring the conversion to a successful end. We consider the role of the project manager crucial. He or she is the one responsible for the end result. In addition, you need a business expert for every SAP module in use. You need key-users, developers, and, last but not least, a Basis administrator. The size of the team is difficult to estimate without knowing the details of your conversion project. In addition, do not forget that the size of the team comes with an overhead in coordinating everybody, making sure that everybody is on the same page. The largest team is not always the fastest!

Q: Do you have any specific tips or advice for moving from Oracle to SAP S/4HANA?

A: I’m not sure that I understand your question. Oracle is a database, SAP S/4HANA is an application. Converting from SAP ERP to SAP S/4HANA will include a database migration from Oracle to SAP HANA as SAP S/4HANA is only supported on the SAP HANA database. The Software Update Manager has the options to combine both in one run.

Or are you referring to the SAP HANA database? A migration from Oracle to SAP HANA is straightforward and should go smoothly. You should, however, give your developers enough time to adapt their custom code. Database hints or SQL statements, often used in ABAP code in combination with Oracle, are not allowed in SAP HANA and should be removed.

Q: Will some of the SAP S/4HANA Cloud interface functionalities for SAP Analytics Cloud be ported over to on-premise SAP S/4HANA?

A: Even if you would threaten me for an answer…I would not know the answer! ;-) Only SAP knows the roadmap.

Q: When moving from SAP ECC to SAP S/4HANA, how much of an impact will there be on the corresponding BW systems for companies that also use SAP BW?

The SAP Readiness Check will verify the BW Extractors in use against SAP S/4HANA and report those which will be obsolete or which will no longer function. In my experience, the number of BW extractors which no longer work is limited.

Q: Is silent data migration officially available for SAP S/4HANA 1909? What is the method to use the service?

Q: What does it mean that ABAP is extendable on SAP S/4HANA?

For more information consult the “SAP S/4HANA and SAP S/4HANA Cloud Extensibility for Customers and Partners.” 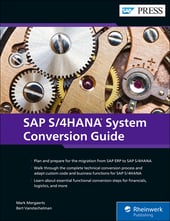 If you’re performing a brownfield migration from an existing SAP ERP system, this is the guide for you! From planning the project and preparing your system to adjusting custom code and executing the conversion, you’ll get step-by-step instructions for all stages of your implementation. Troubleshooting tips and extensive coverage of the functional conversion will help you ensure that all your data makes it to where it needs to be. The time to move to SAP S/4HANA is here!

END_OF_DOCUMENT_TOKEN_TO_BE_REPLACED

Bert Vanstechelman is partner of and principal technical consultant at Expertum, and the founder of Logos Consulting, now a part of Expertum. He has more than 20 years of SAP experience. Bert specializes in platform migrations, SAP installations, release upgrades, SAP Business Warehouse, SAP Supply Chain Management, SAP HANA, and OS/DB migrations. Bert is an advisor for SAP Professional Journal, an SAP Solution Manager Expert, and has written numerous books for SAP PRESS.

END_OF_DOCUMENT_TOKEN_TO_BE_REPLACED

END_OF_DOCUMENT_TOKEN_TO_BE_REPLACED
Subscribe to our blog!Get notified about future blog updates.