In the ABAP Development Tools (ADT) environment, they are created in a guided dialog box similar to the CDS data models. This dialog box can be opened, for example, by going to the menu and choosing File > New > Other > ABAP > Core Data Services > Access Control. 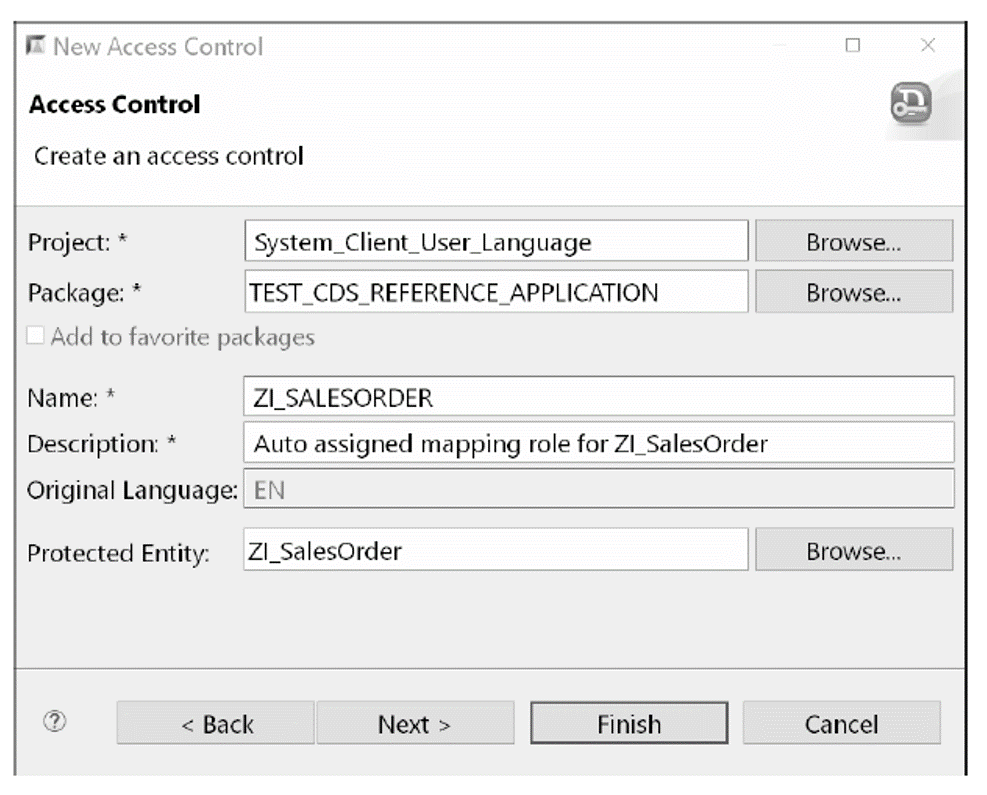 The subsequent steps are the same as when creating a CDS model. You may also select and apply a suitable template for the access control in the last step of the wizard, as shown in this figure. 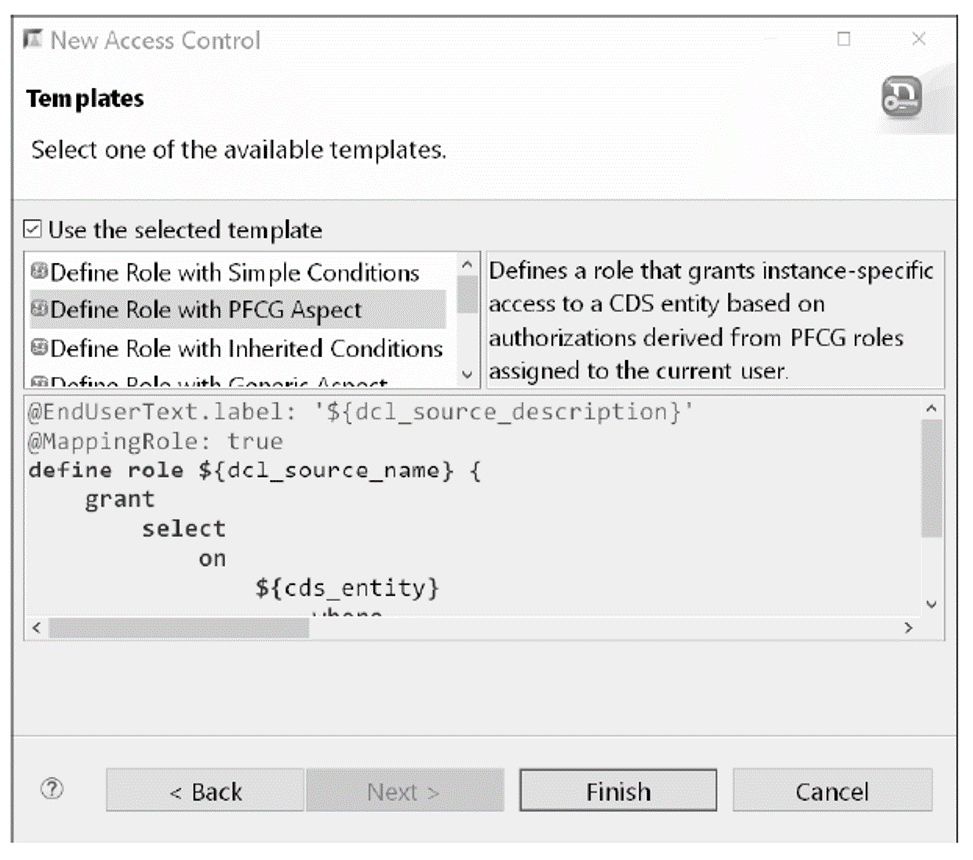 Below shows the implementation of the access control immediately after leaving the creation wizard by clicking Finish.

In principle, CDS roles can grant users unrestricted access to the selection results. However, CDS roles usually contain conditions under which the access to the data of the protected CDS models is granted to the users. These access rules may be composed of various access conditions. The latter can be formulated by correlating fields of the CDS models with the logged-on user, with user-specific settings, with constant literal values, or with authorization fields of authorization objects. These authorization objects are the same as those that the Transaction PFCG-based authorization concept is based on.

In the following, we’ll first focus on the usage of authorization objects and fields, which covers the most frequent use cases.

Here, we adapt the access control from before by replacing placeholders like entity_element_1 and authorization_object in the WHERE-condition with CDS view field SalesOrderType and authorization object V_VBAK_AAT.

CDS roles and their corresponding access rules often contain several authorization conditions whose results are logically connected. In this context, the applied conditions may also refer to different authorization objects. Below shows such a complex CDS role definition for CDS view ZI_Sales-Order from before.

Note that within the modeled access condition, CDS view fields OrganizationDivision, SalesOrganization, and DistributionChannel are implicitly mapped according to their order onto the authorization fields SPART, VKORG, and VTWEG, respectively. These bindings are compounded by logical AND relationships.

END_OF_DOCUMENT_TOKEN_TO_BE_REPLACED

How to Create a Basic Interface CDS View with ABAP

END_OF_DOCUMENT_TOKEN_TO_BE_REPLACED

END_OF_DOCUMENT_TOKEN_TO_BE_REPLACED
Subscribe to our blog!Get notified about future blog updates.