Forecast modeling is designed to aid in forecasting particular events. The forecast model is designed around factors that are believed to be important influences on the future use of a material.

The past consumption of a material can also be used to determine its future use. Both of these methods should produce a reliable forecast. A number of forecast models are available in the forecasting functionality within SAP S/4HANA, as shown in this figure. 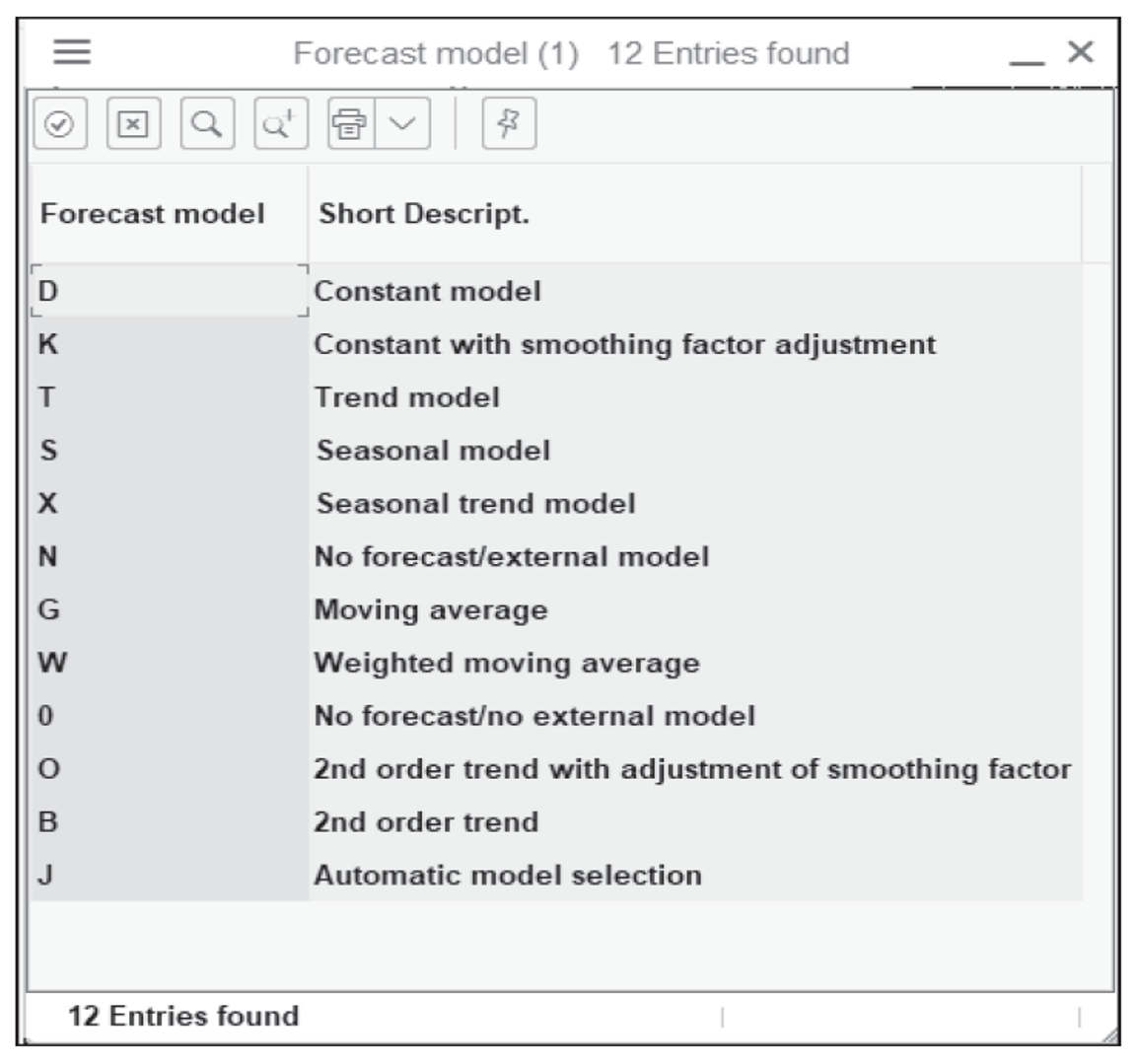 A constant model assumes that the use of a material is constant. Being constant doesn’t mean that the use of material is the same each month, but rather that variation in material usage fluctuates a little, and a constant mean value can be calculated. This forecast model can apply, for example, to electricity consumption in an office. Although summer months raise electricity consumption due to increased air conditioning use, consumption doesn’t vary a great deal from the mean value over a longer period of time, such as a year.

A trend model is used when an identifiable increase or decrease of material exists over a period of time. The trend may include areas of movement away from the trend, but the overall movement follows the trend. For example, a downward trend over time may represent the use of printer cartridges for top-selling printers that become obsolete over a short period of time, perhaps only 12 to 18 months. As the purchase and use of the printer becomes decreases, the cartridges used in that printer will also decrease.

The seasonal model affects many businesses due to the weather, holidays, or vacations. A seasonal model is defined as a pattern that repeats for each period. For example, the annual seasonal pattern has a cycle that is 12 periods long, if the periods are months. A seasonal model may be applicable to a company that makes patio furniture, which experiences greater demand from May through September, and this pattern is repeated each year.

How to Choose a Model

If your company hasn’t developed forecast models in the past or doesn’t know which forecast model fits best, the SAP system can analyze your historical data and determine an appropriate forecast model to use. Forecast model J (automatic model selection) is available in SAP S/4HANA. After the model has been selected, this model can be selected as a starting point, and you can make modifications in the future. However, equally important is revisiting the system-proposed and selected forecast model regularly to ensure the forecast closely matches consumption trends.

Editor’s note: This post has been adapted from a section of the book Materials Management with SAP S/4HANA: Business Processes and Configuration by Jawad Akhtar and Martin Murray. 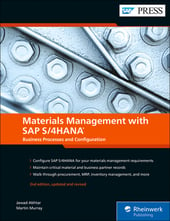 Get MM on SAP S/4HANA! Set up the master data your system needs to run its material management processes. Learn how to define material types, MRP procedures, business partners, and more. Configure your essential processes, from purchasing and MRP runs to inventory management and goods issue and receipt. Discover how to get more out of SAP S/4HANA by using batch management, special procurement types, the Early Warning System, and other built-in tools.

END_OF_DOCUMENT_TOKEN_TO_BE_REPLACED

A Look at Materials Management and Logistics in SAP S/4HANA

END_OF_DOCUMENT_TOKEN_TO_BE_REPLACED
Subscribe to our blog!Get notified about future blog updates.