IFRS 16 Terminology for SAP Users: What is a Lease Contract?

A lease is defined as a binding legal contract that outlines the terms and conditions of an agreement for the use of a specific asset for a period of time for a defined amount of regular payments.

IFRS 16 and ASC 842 regulate all leases and subleases except for those relating to intangible assets, biological assets, exploration (or the use of nonregenerative resources such as oil and gas), inventory, and assets under construction.

So how do you know if a contract is a lease contract? In this blog post, we’ll walk through the various decision points, continuously referring back to the basic lease contract identification workflow shown in the first figure.

In some cases, leases are broken into multiple lease components. All components of a lease must be part of the contractual agreement and must meet the same criteria. Further, two additional criteria must be met to determine whether the right to use an underlying asset is a separate lease component (per IFRS 16, paragraph B32): 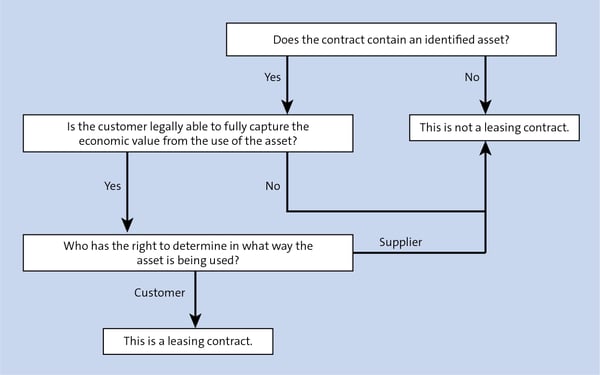 The lease contract identification process looks for two lease components: the identified asset and the right of use of that asset. Let’s look at each.

The first question in the previous figure is whether the contract contains an identified asset—so let’s investigate that term in more detail.

The identified asset of a contract can either be explicitly defined in the contract, or it can be implicitly defined when the asset is made accessible for the lessee. Sometimes an asset can also contain another identified asset—for example, when a part of an asset that defines certain capabilities is physically distinct (e.g., the monitor of a computer). We can also identify non-physically distinct parts of an asset, which would be the case if the part substantially represents the entire capability of the whole asset; for example, if a telecommunications provider leases an antenna, that antenna substantially represents the whole asset.

Understanding that, from now on, leases need to be handled differently from service contracts is important. The key distinction is that a lease provides a customer with the right to control the use of an asset, whereas the supplier retains control in a service contract.

Right of Use of an Asset

If a contract contains an identified asset, we’ll proceed through the flowchart shown in the previous figure to consider whether the contract includes the right of use for that asset.

To determine the right of use, your company needs to evaluate whether the lessee has permission to do two things:

These decision-making rights are relevant because they affect the economic benefit that can be derived from the use of the asset.

Protective rights are the terms and conditions included in the leasing contract that protect the supplier’s interest in the identified asset (and/or its related assets and personnel) and ensure that suppliers stay legally compliant with the terms of the lease. Examples of protective rights are terms that define when and/or how much the asset may be used (which would be a limitation of the scope of use). Also, the lessee may be obligated to inform the lessor if the originally intended use changes. Nevertheless, the right to the direct use of the asset would remain unchanged.

A lease modification is defined as a change in the terms and conditions of a contract that has implications on the scope of a lease or the financial consideration for a lease. An example of a lease modification would be the addition or termination of the right-of-use to one or more of the underlying assets, or the extension or shortening of the lease term.

As shown in the final figure, we must distinguish between restructuring lease payments and changing prices, which would lead to the increase or decrease of the value of the leasing contract. If the lease value decreases, we’ll need to remeasure the lease liability; if the lease value increases, the lease modification might require an additional lease contract. 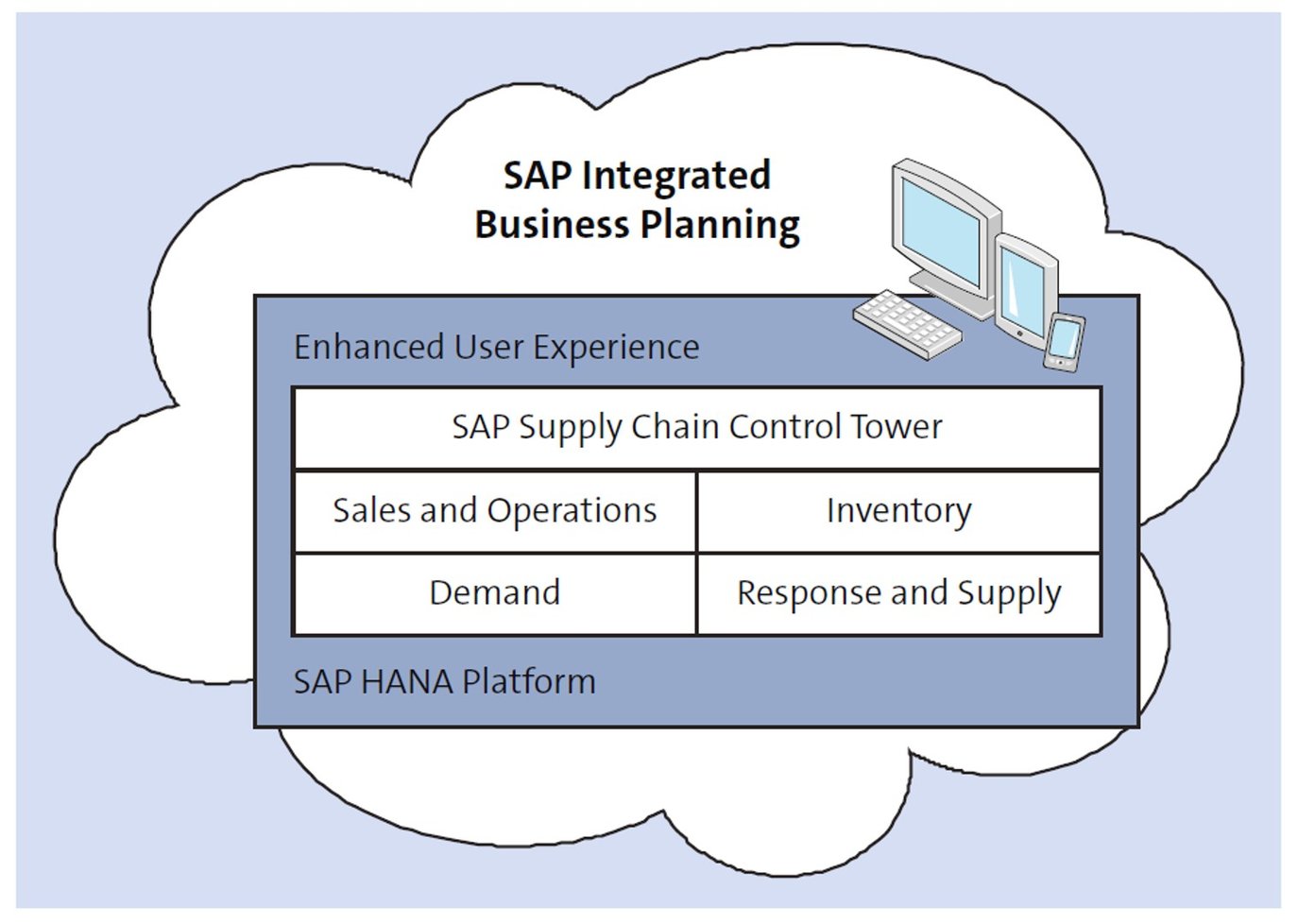 When it comes to IFRS 16, it’s important to know exactly what a lease is and when it should be included on financial documents. This blog post introduced the concept of a lease and some defining characteristics. If you’re still not sure whether or not to include a lease on the books, it’s best to ask your finance and legal departments—they’ll be able to further help.

Editor’s note: This post has been adapted from a section of the book Lease Accounting with SAP: IFRS 16 and ASC 842: SAP RE-FX and SAP Lease Administration by Nakisa by Hanno Hofmann, Pamela Lim, Joy Mabborang, and Louis Teunissen. 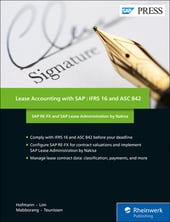 Are you ready for IFRS 16 and ASC 842? Jump-start your leasing project with this guide to SAP Lease Administration by Nakisa and SAP Flexible Real Estate Management. Run compliance readiness checks and configure your leasing system. Then perform transition accounting and manage your leases the right way. Whether you’re implementing SLAN or RE-FX, the clock is ticking!

END_OF_DOCUMENT_TOKEN_TO_BE_REPLACED

END_OF_DOCUMENT_TOKEN_TO_BE_REPLACED
Subscribe to our blog!Get notified about future blog updates.