Subcontracting within Sourcing & Procurement in SAP S/4HANA: What it Is and How to Upgrade

Some supplier relationships require you as the purchasing organization to provide the supplier with the components used in their part of the value creation.

A typical example in manufacturing would be assembly. Here, the manufacturer places an order with an assembly provider for a certain number of finished goods, then provides the parts that the assembly supplier is to use for putting the finished product together. These components are usually associated with a BOM.

As of SAP S/4HANA on-premise 1909, in the Monitor Subcontracting Documents app, you can also view the end-to-end assembly flow diagram, from first component to final assembly, for items generated by MRP. Additional subcontracting SAP Fiori app functionality includes the following:

In SAP, there are multiple ways of setting up this transaction, but many approaches add more complexity than they are worth. For example, you can choose to create plants that are technically the supplier’s locations and track your inventory as you move it to these locations for finishing. For each transaction requiring subcontracting, you then have to issue a PO and create multiple goods movements and accounting entries internally to support the process.

This approach requires more manual effort and accounting acrobatics than is optimal. The most straightforward way to support subcontracting processes is to use the standard subcontracting approach in the system. The process is as follows:

To flag a material master directly for subcontracting, choose a half finished (HALB) or finished (FERT) material, and in the MRP2 tab maintain the Special Procurement field with option 30 for the plant, as shown below.

In previous versions of SAP ERP, component materials to be provided to the subcontractor could be planned as a separate stock. However, with SAP S/4HANA, a subcontracting MRP area is the default option for subcontracting planning. Subcontracting will appear under the general plant stock if there is no MRP area maintained for the supplier.

Also in previous versions of SAP ERP, you could check subcontracting stocks by supplier by running reports from a specific IMG menu path. This transaction is now available as an app, Display Subcontracting Stocks by Supplier, in SAP S/4HANA, as shown here:

In SAP S/4HANA, MRP areas have to be created for every subcontractor; if MRP area–specific material master records don’t exist, MRP uses default planning parameters. This differs from classic SAP ERP for subcontracting, in which you could plan either with or without MRP areas.

If you elected to plan without MRP areas, you weren’t able to use the full functionality around lot sizing and were only able to order full lot sizes. If you chose the MRP area route, material data on an MRP area was required for all components. These two options are now combined into one driven by MRP areas, but it doesn’t require material data on all components and can support full-lot sizing and sourcing functionality.

The standard subcontracting process in SAP entails a leap of faith to a degree, which some MRP controllers and their ilk are unwilling to make.

Upon issuing a subcontracting PO and shipping out the components to the supplier, the buyer doesn’t technically receive updates on the production of the order until the final product or subassembly with the components is shipped back from the supplier to the buyer. Tracking the materials and valuations, which technically still belong to the buying organization, becomes difficult using the standard process. This often is used as justification by finance and other stakeholders on the buyer side for setting up phantom plants to represent the supplier and then moving and tracking the materials in these plants. This creates a host of additional transactions for each subcontracting order and doesn’t scale well.

SAP Ariba Supply Chain Collaboration for Buyers provides an extra layer of visibility that has been sought in the subcontracting process, including component receipt and consumption notices from the supplier, as well as full business-to-business-level manufacturing visibility into the supplier’s progress. Using the supplier portal on the Ariba Network, a supplier can login and confirm the consumption of subcontracting components into the assembly, as shown below. 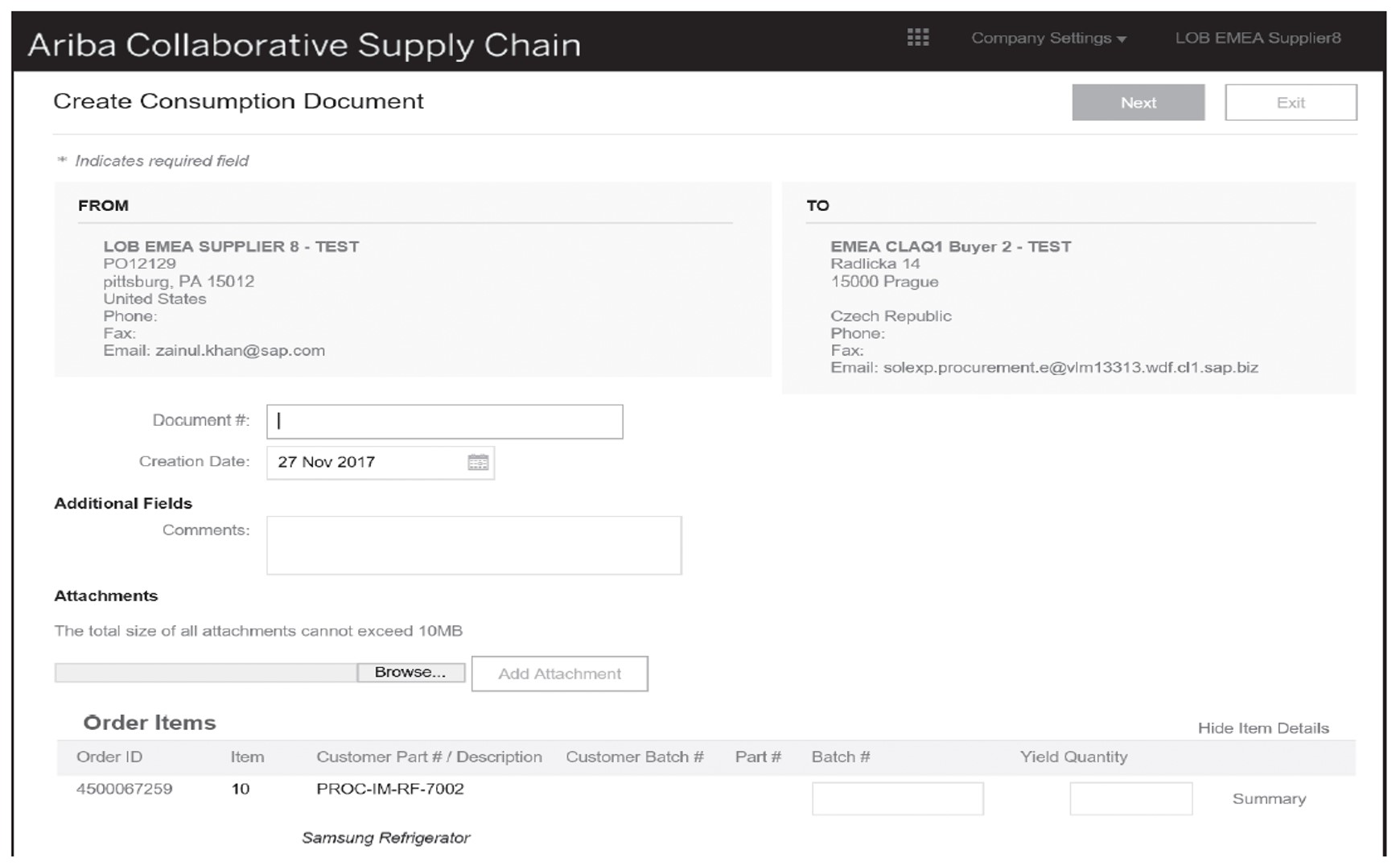 Particularly in more lengthy subcontracting manufacturing processes, this additional update functionality and the added visibility should provide more reason to use the standard subcontracting process in SAP S/4HANA and avoid customization and nonstandard workarounds in supporting this process.

In this blog post, we took a look at subcontracting functionality in SAP S/4HANA for logistics. Did you learn something new? Sound off in the comments.

Editor’s note: This post has been adapted from a section of the book Sourcing and Procurement with SAP S/4HANA by Justin Ashlock. 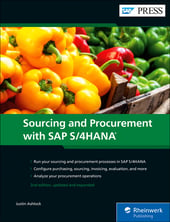 Sourcing and Procurement with SAP S/4HANA

END_OF_DOCUMENT_TOKEN_TO_BE_REPLACED

END_OF_DOCUMENT_TOKEN_TO_BE_REPLACED
Subscribe to our blog!Get notified about future blog updates.